Why do birds appeal to us? Most people enjoy the sight of birds, even people who have never been active birdwatchers. Although birds are less like us in appearance and habits than our fellow mammals, birds undeniably hold a special place in our hearts.

One reason that birds capture our imaginations is that they can fly, while we remain trapped here on earth. What child hasn’t watched a bird fly overhead and dreamt of being up there in the sky flying alongside? What adults have not, at one time or another, wished that they could take wing and fly away from all of their everyday troubles and cares? Birds are natural symbols of freedom and escape. After all, what could better encapsulate our vision of pure freedom than the ability to fly off into the sunset?

Birds can soar overhead and they can also cover great distances. They are privy to a “bird’s eye view” of a single building or a park, or an entire city or landscape, making them a perfect metaphor for obtaining a fresh perspective on a situation, or for taking a larger view of an issue.

Birds often symbolize other things, as well, such as human character traits and qualities. There’s the proud peacock, the noble eagle, the thieving magpie, squabbling crows, and billing and cooing love birds. Gliding swans are the perfect picture of grace and elegance in motion. The hawk is a symbol of war, the dove a symbol of peace. What else attracts us to birds? 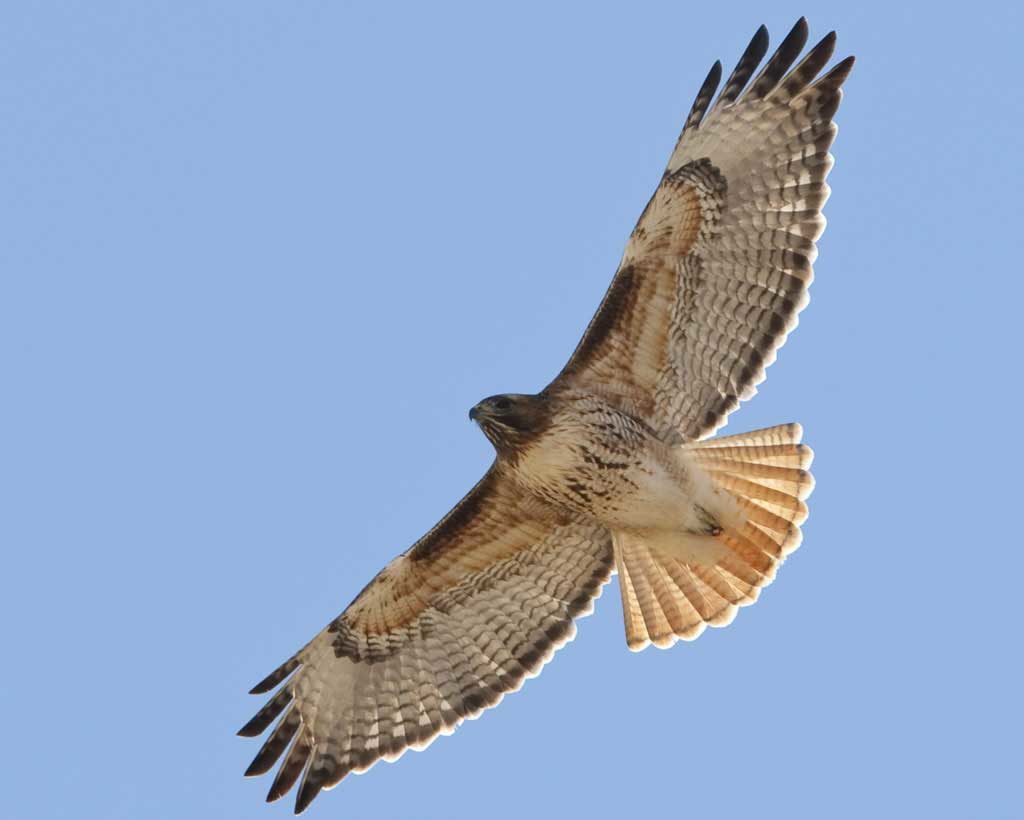 Birds have feathers, soft to the touch and a joy to look at. Plumage seems to come in an infinite variety of lovely colors and patterns, from the subtle, earthy tones of the common house sparrow to

the outrageous, iridescent regalia of the showy peacock. Birds are beautiful works of art, signed by nature. Their plumage adds color and spectacle to a humdrum world. Their colors may also suggest many different locales and associations to us. For example, those small, round, brown sparrows are homey, comforting and familiar to those of us who live in temperate climates. They are our backyard friends and neighbors.

American cardinals and blue jays are highly colored, cheerful sights to behold on gray days, from the tips of their tail feathers to the fanciful crests on their heads. They are a bit more exotic, yet they are still familiar backyard friends. Then there are those birds who live in far off exotic places, such as African pink flamingos and tropical parrots, who sport wonderful tropical colors.

We love them, not only for their magnificent colors but also for their association with far-flung lands and exotic adventures. Birds also come in a great variety of shapes and sizes, which further adds to their appeal. We can relate to them, in so far as they, and we, have two eyes, one mouth, and bilateral symmetry. Yet, they are also very unlike us. They have protruding beaks, from the sparrow’s tiny jabbing beak to the toucan’s enormous appendage. They have wings, more unlike human arms than those of other mammals, or even of reptiles. In fact, when their wings are folded against their sides, birds appear to have no arms at all. They also have thin, bare legs and they have claws. Their heads and necks flow smoothly into their bodies. Their forms create graceful outlines, whether round like a chubby European robin, long like an African parrot or sleek like a regal swan. 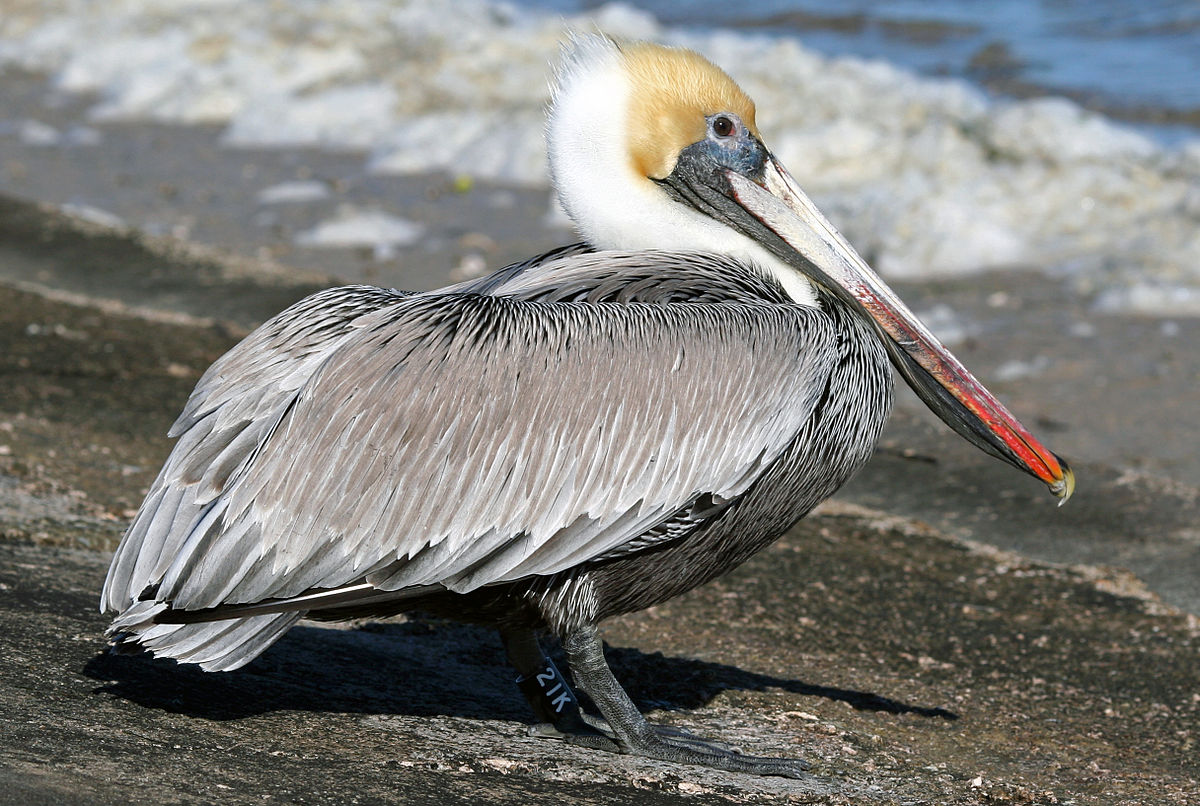 Yes, birds are beautiful to look at, but the beauty of birds is not confined to the visual aspects of shape and color alone, because birds also fill the air with music. They seem to offer us their song simply to entertain us, and they ask for nothing in return. Like a garden bursting with colorful flowers, the fantastic colors and songs of birds seem frivolous and out of place in a world full of harsh realities. It seems as though they were put on earth expressly to make life more beautiful. They were not, of course.

Their color and song serve biological ends in the process of natural selection, but that does not prevent us from enjoying such sights and sounds. We can listen in on their free concerts and derive pleasure and serenity from the experience. We can also be amused when a few species of birds even mimic our own speech.

Another characteristic of birds that we humans respond to is the fact that they build nests. They seem so industrious and we watch with wonder as each type of bird builds its own species-specific nest, ranging from a simple assemblage of twigs to an intricately woven masterpiece of craftmanship. “Nest” is such a cozy word. Birds build their cozy nests, care for their young, and raise their families, all in the course of a single spring or summer.

We admire their patience and devotion and attentive care to their offspring. We observe and marvel at a parent bird’s countless trips to and from the nest to diligently feed the helpless chicks. Birds provide us with fine role models for parenting. Yes, birds are homebodies during the nesting season, but they also migrate. Birds are free to come and go and many cover vast distances each year, as they travel between their summer and their winter homes. They are social creatures, moving in flocks and creating great spectacles as they fly. A glimpse of a V-shaped flock of geese passing overhead thrills us and stirs something in us. We admire their strength and endurance in carrying out such grueling journeys year after year. We envy them, too, for they are free to go beyond mere political boundaries and to cross entire continents.

There is such a diversity of bird species to fill each ecological niche on earth and to contribute to its balance by doing such things as eating insects and dispersing plant seeds. There are the ducks and moorhens of rural ponds. There are birds who live in the forests. There are birds in the mountains and birds in the deserts. The forbidding oceans have their hardy puffins and pelicans.

Even frozen, icy places have their own birds, the lovable penguins. Birds adapt to so many different habitats and situations, including human environments. The often ignored pigeon is a beautiful bird. (I have cared for and been grateful to have known many individual pigeons over the years.) As a species, they have managed to adapt to modern cityscapes, substituting cliff-like building ledges and bridge girders for their ancestral cliffs of rock. Other bird species may be less tolerant of such disturbances and avoid the prying eyes of humans. Wherever they choose to live, birds remain symbols of untamed nature, surviving despite man’s interference with their habitats.

Each of us may have our own reason, or combination of reasons, for loving birds, but their appeal is indisputable and universal. Birds represent the perfect blend of beauty, strength, grace, and endurance, from the cuteness of a tiny sparrow to the majesty of an imposing raptor. Birds fill both the eye and the ear with beauty. We enjoy them. We admire them. Sometimes we envy them. They add appreciably to the quality of our lives and to the diversity of life on earth and the world would be a smaller, sadder, emptier place without them.

Enjoy your next birdwatching trip!